Probuild has today started construction work on Sirona Capital’s $270 million Kings Square Fremantle renewal project, which will comprise a mix of commercial office and retail space, as well as a new administration and civic centre for the City of Fremantle.

The revitalisation of Kings Square is a joint project between funds manager Sirona Capital and the City of Fremantle, with the 2.2-hectare site located in the heart of Fremantle to be transformed into a renewed retail, office, entertainment and cultural precinct.

Sirona Capital has invested $220 million in the commercial component, designed by HASSELL, which will involve redeveloping the former Myer building and demolishing the Queensgate building.

This will deliver 25,800 square metres of new commercial office and retail space across the two buildings. 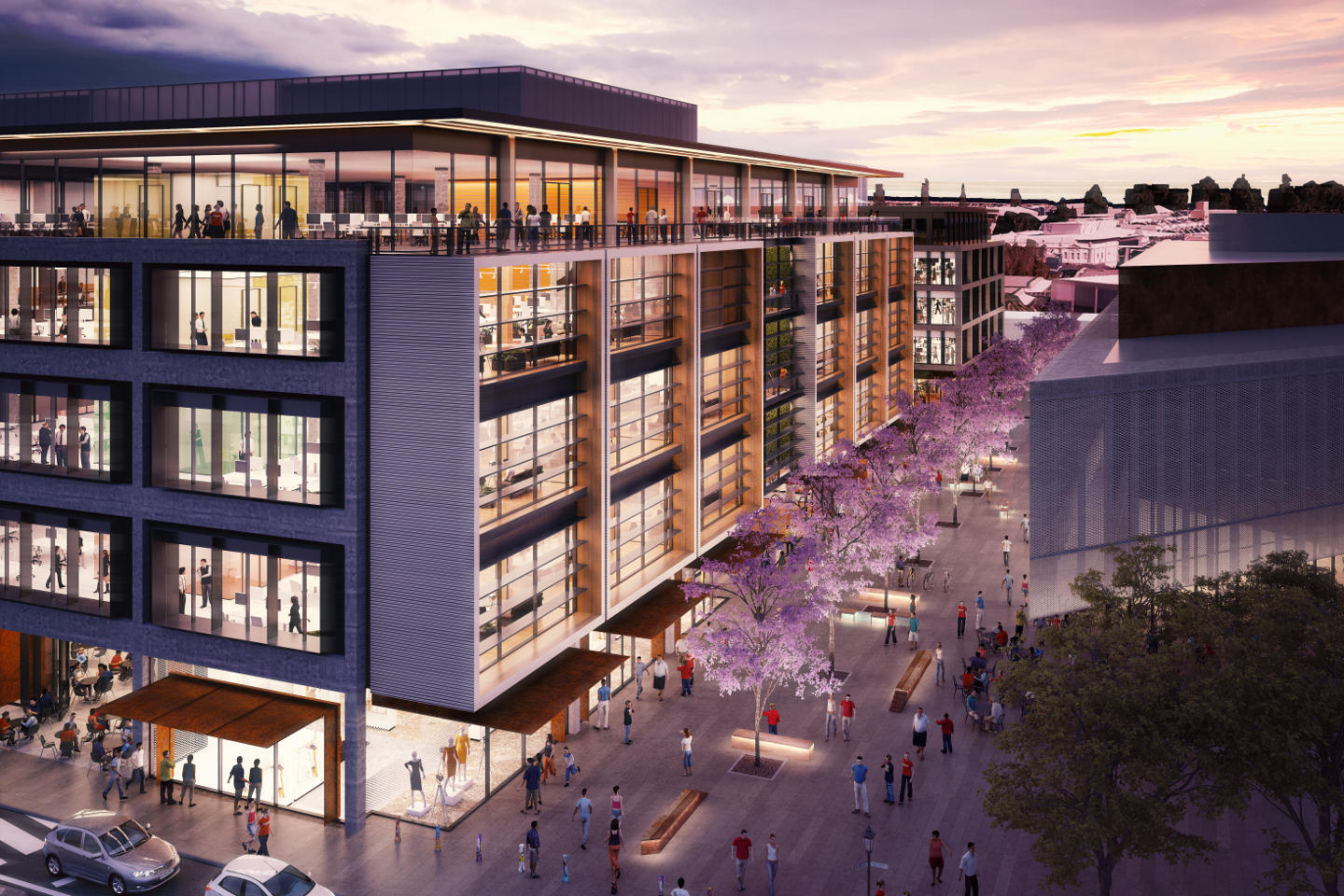 The City of Fremantle has contributed $50 million to replace its current administration centre, library and visitor centre, with a contemporary complex designed by Fremantle architect Kerry Hill Architects. 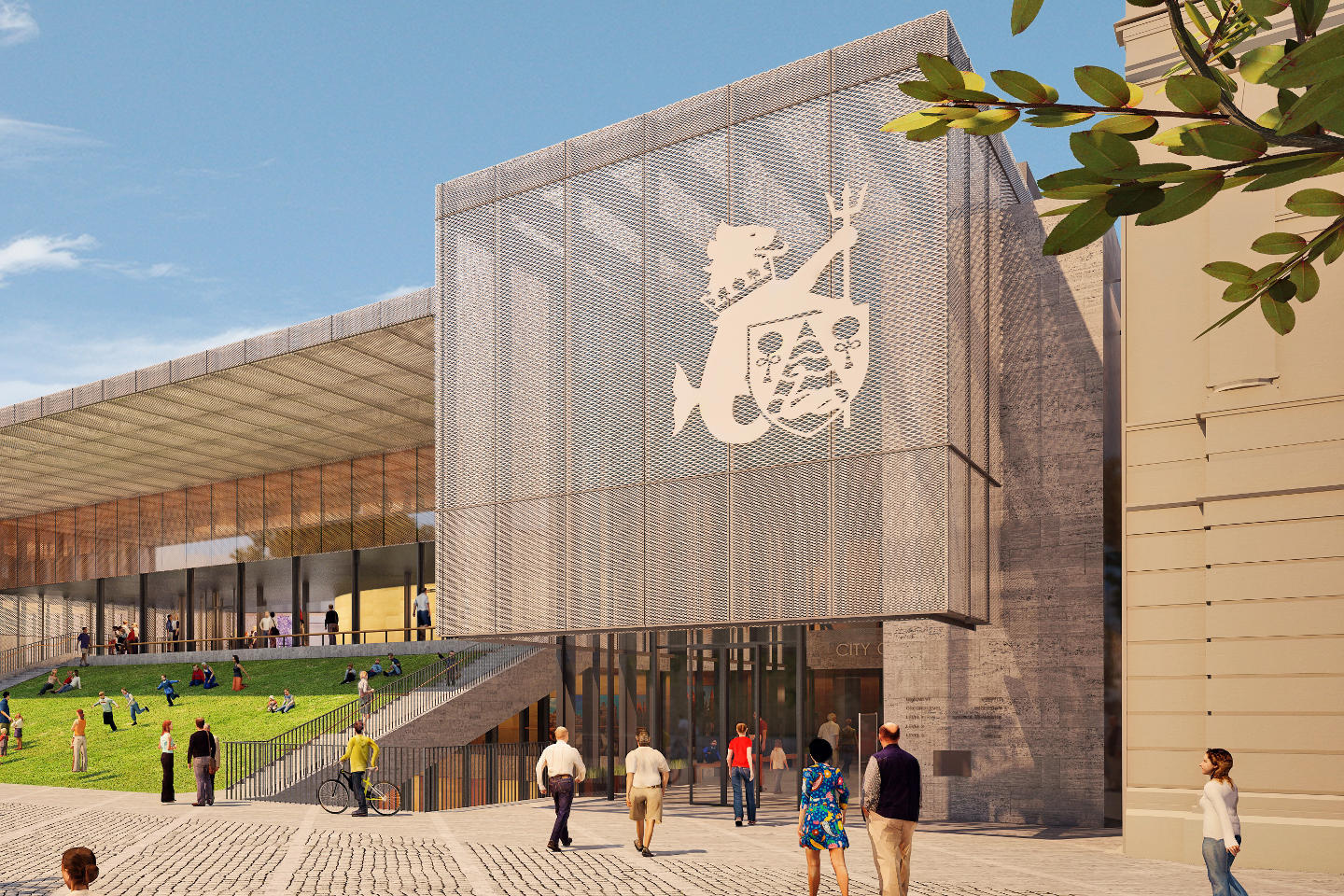 Construction of the entire renewal project is expected to be completed in late 2019.

Kings Square is the largest public-private infrastructure project in Fremantle’s history. It has been in the works for six years, following Sirona’s acquisition of the Myer building in 2011.

Speaking at a launch event held on site this morning, Sirona managing director Matthew McNeilly said it had been a long journey and that finer details regarding the retail precinct would be announced next month.

“Our plans for the retail component are exciting and will challenge the conventional thinking of not only retail property in Fremantle but around the entire Metropolitan area,” he said.

“We have dedicated ourselves to delivering an integrated and coordinated renewal outcome in Kings Square Fremantle and we are now close to seeing the area become a hive of activity.

“The attendance today by Treasurer Ben Wyatt, Housing Minister Peter Tinley, and member for Fremantle Simone McGurk is yet another indication of the state government’s support for this project.”

Probuild was awarded the contract for the Kings Square project earlier this year, and more than 1,100 full-time workers will be engaged in construction jobs during the process. 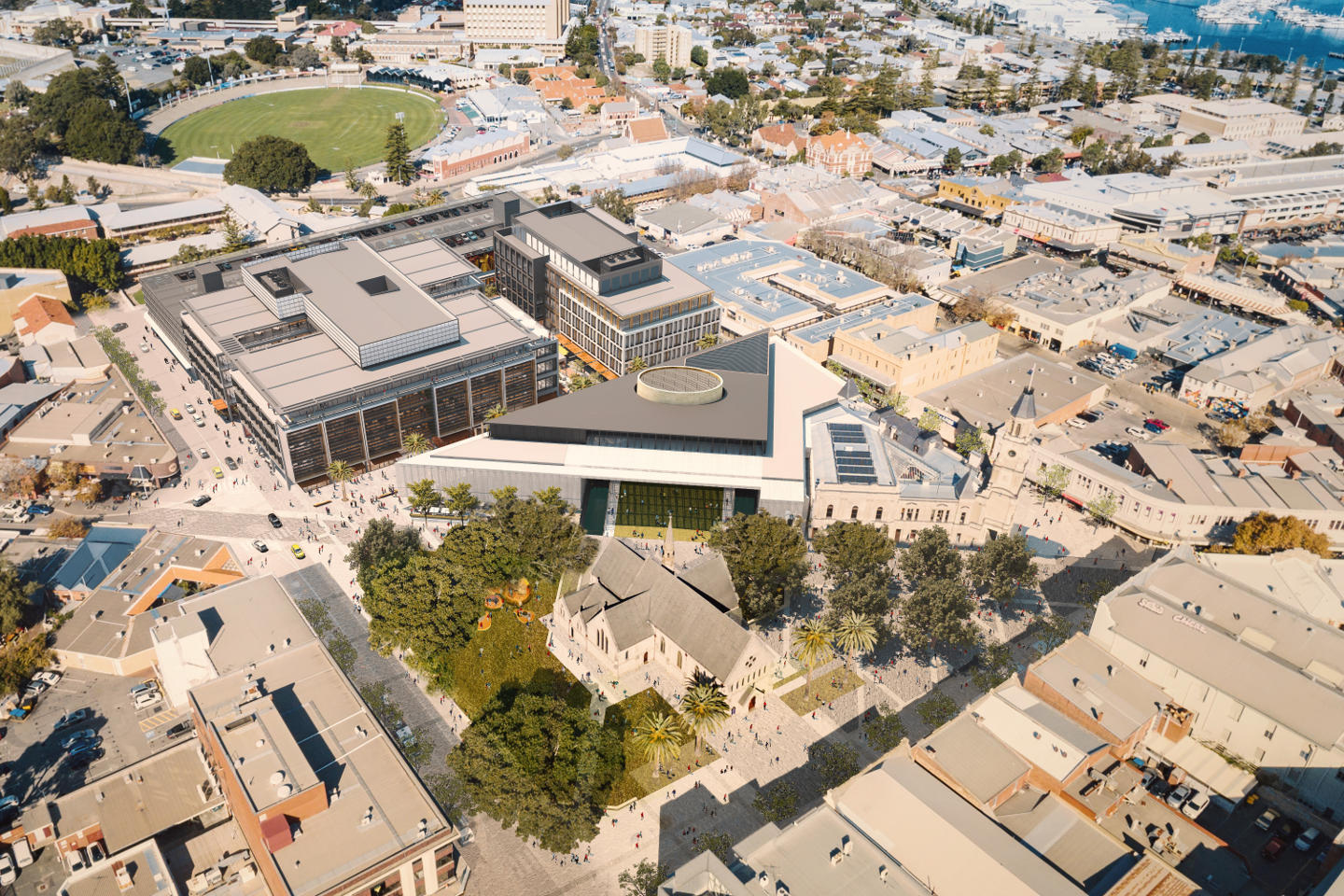 An aerial view of the new Kings Square Fremantle upon completion.

Fremantle Mayor Brad Pettitt said the renewal of Kings Square was the most important project for Fremantle in a generation and would underpin its economic future.

“This is a project Fremantle needed for its long-term sustainability, survival and vibrancy,” he said.

“As well as providing a much-needed boost to the local economy, renewing the Freo city centre will provide fantastic new community and commercial facilities sympathetic to the heritage values of the area, designed with high levels of environmental sustainability and energy efficiency.

“Council’s $50 million commitment to deliver a new civic, library and administration building is a direct investment into the future of Fremantle, which can be achieved without the need to raise rates above CPI levels and with debt and reserves able to be reinstated within 10 years – this is a great outcome for ratepayers.

“This is a project that we have to do and will to bring new investment back into the heart of Fremantle.”

On completion, more than 2,000 people will be working in Kings Square, representing a 13 per cent boost in the number of workers in the Fremantle city centre.

This will include more than 1,500 state government employees, with public servants from several state government departments scheduled to relocate to the Kings Square office accommodation in 2020.